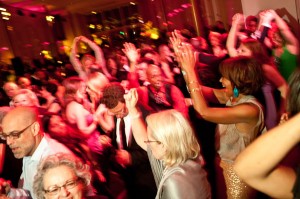 Read Washingtonian Magazine’s coverage of Free Spirit’s performance at the Gala Celebration in honor of the Alvin Ailey American Dance Theater’s opening at the Kennedy Center for their 2012 run.  Here’s a summary of their review — “The dancing went on till midnight, which for Washington on a Tuesday is a late night.”

This article, by Carol Ross Joynt, is published in it’s entirety on Washingtonian Magazine’s online blog site and is summarized below to include the relevant parts about the band, Free Spirit.

Washingtonian noted that it’s a keeper of a party when the after-dinner band (Free Spirit) is soulful and kicking it and the publisher of the Washington Post is among those dirty dancing.  We expected nothing less from the annual Kennedy Center gala for the Alvin Ailey American Dance Theater. Before dinner there was sensational dancing on the stage of the Opera House and, after dinner, a dancing sensation among the more than 800 rollicking guests.

Guests in black-tie attire were instantly and irresistibly put in a dancing mood by the horn section and the soaring voices of Free Spirit. Many hit the dance floor before heading to their assigned tables for dinner. As Free Spirit performed I Gotta Feeling by the Black Eyed Peas, Alvin Ailey artist director Robert Battle led his dancers through the three rooms, in a procession of physical beauty and grace that left the guests breathless.

After dinner guests packed the dance floor — it was near impossible to resist. This was a party at which Washington lowered its conservative veneer and cut loose. People danced with their spouses, their friends, and alone, and they danced close and passionately.

The dancing went on till midnight, which for Washington on a Tuesday is a late night.

Thanks to the Kennedy Center, Alvin Ailey and Carolyn Peachey from Campbell Peachey & Associates for bringing Free Spirit back for the 10th year in a row!