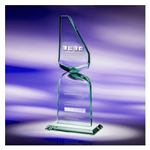 Entertainment Exchange produced the entire event which included lighting, decor, staging, sound and overall production logistics.  In addition, we brought in the Temptations Review featuring Dennis Edwards and the Spinners as the headliner.

The 19th Annual ISES DC Capital Awards, held at the National Museum of Women in the Arts, was a great event and we were honored to be a part of it.