Whether providing elegant accompaniment to a formal dinner or sultry, throbbing rhythms that keep the dance fl oor packed all night long, Washington, DC-based Trio Caliente effortlessly creates the ideal atmosphere for any type of event. With vocals in Spanish, Portuguese, Catalan, and English set to a wide array of Latin grooves, Trio Caliente's sound is reminiscent of The Gipsy Kings, Buena Vista Social Club, Strunz & Farah, and Jobim— but with a flavor all their own. 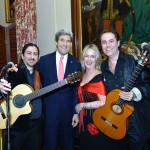 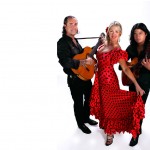 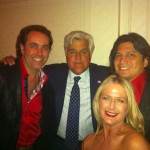