Skip to content
DJ Andrey
 (3)
Write a review Review
Video Info Photos
DJ Andrey, has been a DJ in Washington DC area for over 10 years, starting in 2004, just for fun at friend's parties Then he was introduced to some promoters which started his club work in 2007. Originally hailing from Belarus, Andrey became a staple in the DC Club scene – a normal entry into the world of music here. With residencies and performances at some of the best clubs, including Capitale, Cities, District, Eden, Flash, Fur, Gazuza, Ibiza, Josephine, Lima, Living Room, Masa 14, Muse, Opera, Ozio, The Park, Sax, Slaviya, Toro Toro, and Ultrabar he tapped into the most current and progressive styles of music today. He has also shared the stage with some of the biggest names in the EDM industry including Bobina, BT, D:Fuse, Darude, DJ Grad, DJ Korean, Doc Martin, Donald Glaude, Enur, Global Deejays, Harry Romero, Jonathan Peters, Junkie XL, Oliver Moldan, Oscar G, Stan Kolev, Starkillers, Stonebridge and Yves Larock. Andrey’s unique style ranges from vocal and commercial Deep House to energy packed Progressive / Electro club sets! All this formed him for his launch into the private sector.

By happenstance eight years into his career Andrey launched into the private sector with a simple request from a friend to cover the music for his wedding. In turn, this led to more weddings, birthdays, schools and corporate events and he’s never looked back. His professional growth has been fueled by word of mouth. Andrey is not limited to any genre or style of play. He’s as at home with classic rock to hip hop and Latin as he is with EDM. Being bi-lingual enables Andrey to bring in the memories and music of home for some of clients while introducing their friends to a new cultural experience for others. You’re as likely to cross paths with him at a wedding as you are institutions such as the International Club, the French Embassy or even at large holiday events at the area’s top hotels. His easy going listening nature makes him popular and is the key to his success. Always early, on time and ready to go with a smile let DJ Andrey light up your party with his dynamic flair.
DJ Andrey @ national Museum for Women in the Arts 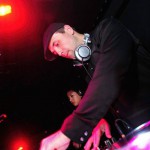 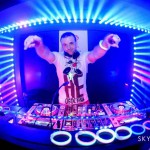 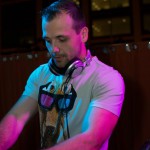 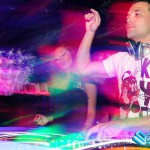 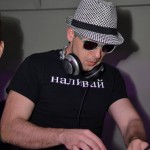 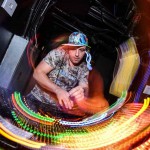 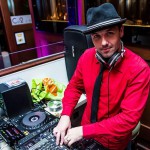