Skip to content
DJ Frank
 (2)
Write a review Review
Video Info Photos
What you don’t know about Frank is that he comes from a multi-generational line of musical and entertainment family members stretching back to his grandfather noted Puerto Rican guitarist Paco Sanchez. That heritage passed on through his children to Frank and his cousins and uncles who relocated to New York. Frank and his family moved from their home in the Bronx to the Washington area in the late ‘90’s. One of his cousin played a key role in developing the choreography seen in Michael Jackson’s Thriller. On his Mother’s side traditional Peruvian influences have played a huge role in his formation.

Frank got start his start as a dancer supporting Sweet 16’s, Quince’s and Mitzvahs. Naturally being a guy, the DJ’s on those events leaned on Frank to double as a roadie then as a tech which in turn opened the door to release his musical inclinations and become a DJ. Frank spins and beat mixes everything from today’s Top 40, to classic rock, old school RnB, Latin - be it salsa and meringue to the Caribbean influence of soca and reggae and more. He can frequently be heard mixing all up with more International material such as Hindi, Bollywood and contemporary Arabic as well as dance hall, jazz, and blues, House, EDM/Deep House-Lounge, he’s got it. As your MC don’t be surprised when your party cranks up to see him slip out from behind the turntables and mix it up on the floor itself with a few of his signature dance moves!

Frank has and still does perform as a dancer/motivator in addition to his disc jockeying. He includes on the club side of his resume stints in local hotspots Lima, Ultrabar Nightclub, Rocket Bar and in its’ heyday - Fur.
DJ Frank Rocks A Holiday Party 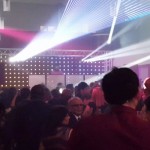 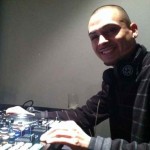 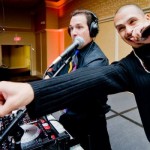 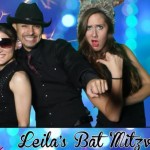 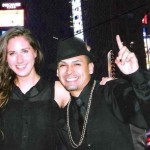