Growing up in the US Virgin Islands (USVI), he was steeped in the rich cultural music known as Quelbe (the official music of the USVI).

Quelbe was Reginald’s introduction to improvised music. One of his favorite Quelbe songs, Queen Mary, has a powerful message set to syncopated rhythm. This song sets the tone for his mission as a musician - to inspire change with music.

With cultural heritage at the forefront and social justice as the message, this passionate performer has “a deep-seated knowledge of Caribbean music and culture which has settled into his jazz trombone playing” (NPR Music).

After being featured on NPR's Jazz Night in America, Cyntje recorded his fourth album on February 10, 2015. Spiritual Awakening (TOP 5 Best DC JAZZ Albums of 2015) musically embodies humanity’s complex journey from introspection to a celebration of freedom. Cyntje (Washington City Paper Composer of the Year) released Spiritual Awakening on May 4, 2015.

In 2013, Cyntje released his sophomore album simply titled Love. The Washington City Paper said Love “is thoughtful and surpassingly gorgeous.” After debuting at #3 on the CMJ Jazz chart, Love made it to #10 on the CMJ Top 40 Jazz Chart. The album is a tribute to the human spirit.

His highly anticipated debut album, Freedom's Children: The Celebration, was released in August of 2011. The album quickly became a favorite among fans with hits like Queen Mary,Children’s Parade, Daybreak and a performance favorite Peace and Love.

As a trombonist, educator and activist, he's toured the United States, Europe and the Caribbean.

On his recordings, you can hear the sounds of calypso, reggae, and other African influenced genres which now give his music a unique flavor.

Reginald Cyntje, “blessed with impressive facility and an immediacy of sound” now resides in the Washington DC area (The Independent Ear). Capital Bop views him as “arguably D.C.’s most agile and expressive trombone player.”

Reginald is a graduate of the University of the District of Columbia and received his master’s degree at the University of Maryland. Currently, he leads his own groups and works as a sideman in numerous bands.

He is also the founder/owner of Jegna School of Music, LLC, a school that provides music lessons, workshops and mentoring concerts for intergenerational students; the founder and creative director of Cyntje Music, LLC, a one stop music boutique that includes booking, curating and assisting artists; and a professor of music at Montgomery College.

Mr. Cyntje is also the author of Stepping Stones: 15 studies in improvisation.

The concept of his music ministry is to spread love, peace and social justice with each expression. 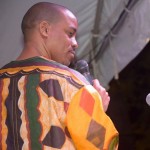 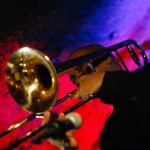 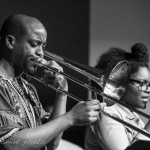 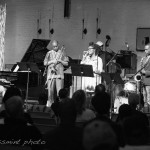 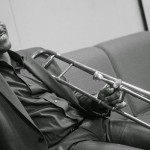